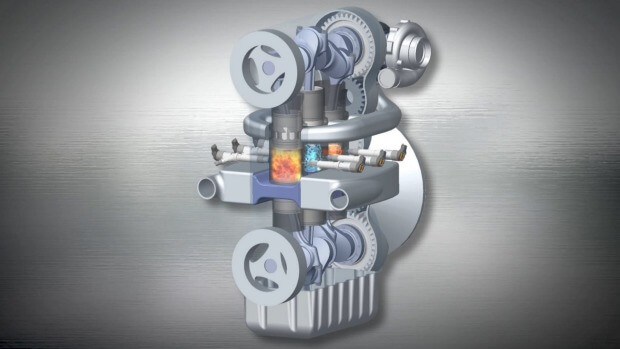 While Tesla, General Motors, Nissan, BMW and other automakers doggedly push to bring battery-powered vehicles into the mainstream, Achates Power engineers are betting that an old technology could drastically improve fuel economy and reduce the size of future internal combustion engines.

The company was launched in 2004 by James Lemke, a self-described “serial entrepreneur,” with an initial investment from John Walton, son of Wal-Mart founder Sam. Based in San Diego, Achates earlier this year opened an engineering centre in Farmington Hills, Michigan.

The US Department of Energy made a US$9 million (NZ$13m) grant to Achates, Delphi Automotive and Argonne National Laboratory. Together the three recipients will invest another US$4m to develop a 3-cylinder, 3-litre opposed-piston petrol compression engine that could improve fuel efficiency by 50 per cent or more on large passenger vans, pickup trucks, SUVs and minivans.

So what is an opposed-piston engine and how does it work?